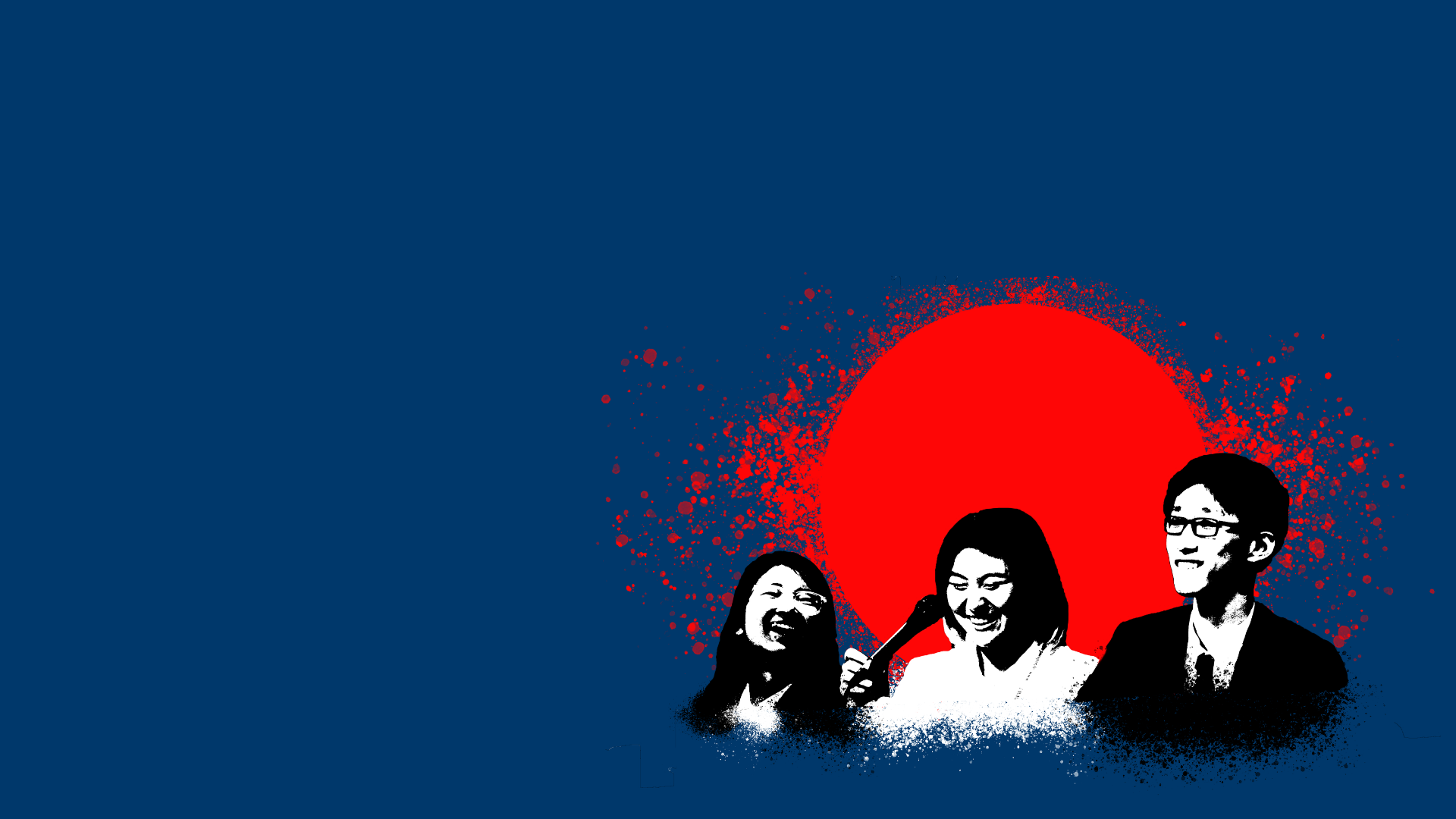 JASWDC hosted the 2021 competition on Hopin and welcomed 300 teachers, students, and volunteers over the two days, culminating in the Championship Rounds, which were livestreamed on YouTube to over 1.5K viewers.

The 29th National Japan Bowl had a total of 202 students participate in 70 teams from 36 schools across 14 different states. Once again, the Society is happy to announce that the winners from Level IV will be awarded a trip to Japan thanks to the Embassy of Japan’s Kakehashi Program.

In the upgraded online competition, students traded in their physical question sheets for a microphone, computer, and smart phone!  In between rounds participants were able to enjoy live and recorded workshops hosted by Japanese cultural groups in smaller “breakout sessions.” These included origami, souran bushi dance, calligraphy, tea ceremony, and more!

For the first time ever watch the Digital Japan Bowl Championship Round on the JASWDC YouTube page! Catch up on all the action and watch our finalists go head to head on everything from Japanese language and history to pop-culture and society.

Have a question? Email japanbowl@jaswdc.org to contact a member of our team.